MarketOne has elevated Brad Fijac to the role of Vice President, responsible for the company’s operations in Australia, Singapore, and India. In his new role, Brad has been tasked with maintaining stellar growth within the region, while ensuring MarketOne continues to deliver measurably better marketing outcomes for its customers. 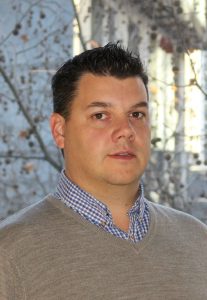 Previously, Brad was General Manager of the Melbourne office, having moved there from London, where he began his career with MarketOne nine years ago as a program manager. Prior to that, Brad held positions at Eurodata and Harte Hanks.

Having handed over the reins to his trusted deputy, Warren Everitt will now focus his considerable energy entirely on strategic sales, working with key client accounts and developing partnerships and alliances globally.

Commenting on his new role, Brad said: “As a South African who was hired in the UK and then moved to Australia, I am so grateful to work for an organization which always seeks to promote from within and provides opportunities for individuals who are willing to graft and want to experience life in other parts of the world. It’s a culture that I’m passionate about nurturing as we continue to grow here in Australia and across the region.”

Fred Ewald, MarketOne’s CEO, commented on the moves: “We’re extremely fortunate to be able to harness the talents of both Brad and Warren. Massive kudos and thanks are due to Warren for having built our presence in the region from pretty much a standing start. But as he’s been blazing the trail, Brad has proven himself a very smart and capable operator and he’s absolutely deserving of a broader role within the company.”